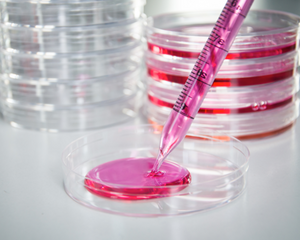 It read like a nightmare excursion through medical tourism. Three women blinded by an unproven “stem cell” treatment. But it didn’t happen in South East Asia, Russia or Eastern Europe. It happened in Florida.

The story was reported in the New England Journal of Medicine. The women in Florida paid $5,000 each for treatment. The clinic was advertising a stem cell treatment for the dry form of age-related macular degeneration. The company was listed on ClinicalTrials.gov, so the women thought they were participating in an approved research trial. But the clinical trials website is simply a registry site of human studies. It does not examine the scientific validity, ethics or safety of a trial.

The treatment on these three women involved taking fat tissue from their stomach, mixing these “stem cells” with a collection of vaguely defined additives and then injecting it into both of their eyes. The treatment was “off-the-charts dangerous,” said Thomas Albini, MD, the doctor the women saw after experiencing the devastating consequences of the stem cell treatment.

"I thought of it as a problem in other countries. But it turns out that the U.S. has more of these clinics." – Dr. Ajay Kuriyan

There are more unregulated clinics marketing so-called stem cell treatments than ever before. A recent study in Cell Stem Cell estimates that 351 businesses are now operating nearly 600 clinics in the United States.

These clinics have gotten around U.S. Food and Drug Administration (FDA) oversight on a technicality. The clinics take cells from the patient, manipulate them just a little and then inject them back into the patient. The FDA hasn’t been involved because the cells are coming from the same person on whom they are being used.

Ajay Kuriyan, MD, is an ophthalmologist at the University of Miami Hospital. Dr. Kuriyan said he didn’t understand the scope of the problem until he treated one of the injured women.

“I thought of it as a problem in other countries. But it turns out that the U.S. has more of these clinics and they’re using glossy websites with pictures of happy patients to aggressively sell directly to patients,” Dr. Kuriyan said. “They are preying on patients who are looking for answers.”

What to Ask Before a Stem Cell Treatment

Following the stem cell treatment damage, Dr. Albini treated two of the three Florida women at Bascom Palmer Eye Institute. He recommends that patients ask whether the trial they are considering is registered with the FDA.

"Stem cell therapy today is sort of like where heart or kidney transplants were 30 years ago. Yes, people got them done. But they often didn’t work." – Dr. Sunir Garg

“All legitimate stems cell research is registered with the FDA through the filing of an Investigational New Drug Application,” Dr. Albini said. “Most of these rogue clinics seems to pride themselves on institutional review board approval."

The board, known as the IRB, is a committee that reviews research in the United States. "IRB approval is not enough," Dr. Albini said. "They have to file with the FDA.”

Another red flag is payment. Most large clinical trials don’t require payment. Some smaller clinical trials may have a minimum cost. Patients may be responsible for their co-pay or a typical out-of-pocket deductible. Anything above and beyond should be viewed more cautiously.

Another way to protect yourself is to simply talk to your doctor, said Sunir Garg, MD, an ophthalmologist at Wills Eye Institute.

“All the physicians I know want what's best for their patients. If a patient finds information about a trial they think might benefit them, they should talk to their doctor about it,” Dr. Garg said. “Many times their doctor will be able to give them some sense about whether it's worthwhile exploring further. An appointment with a prominent group in town or at the local university can also help guide the patient.”

Stem cell-based treatments have been widely reported in the news as true progress is made. Dr. Garg says some of his patients read these promising stories and feel frustrated, that perhaps bureaucracy or some hidden agenda is preventing them from getting a miracle cure.

“What patients don't appreciate is that these trials are all in early-stage development, the retina is extraordinarily complicated, and replacing or augmenting one specific cell type may not do much to improve visual function,” Dr. Garg said.

“I counsel patients that stem cell therapy today is sort of like where heart or kidney transplants were 30 years ago. Yes, people got them done. But they often didn’t work. And there were problems with the techniques and medications used. Decades of hard work and research refined technique to where it is now.”

The American Academy of Ophthalmology wants to reduce or eliminate unlicensed clinics in the United States. In June 2016, the Academy asked the FDA to tighten regulations and increase investigations into treatments given outside of clinical trials.